Top News
CSF meeting in Pt. Judith reveals the need...
Will the known problems with the trawl survey...
Twin trawl survey validates industry concerns with assessment
Murky doings: No due process in monument designation
We were here first
Fishing.. always hard, sometimes dangerous, frequently beautiful
Transition to industry based surveys approved by NOAA....
A glimpse of life at sea
Save the haddock and sift the yellowtail
Be wary of marine spatial planning
Home News Congress needs to take the reauthorization of Magnuson-Stevens seriously
News

Congress needs to take the reauthorization of Magnuson-Stevens seriously

The passing of Richard Gaines, investigative reporter for the Gloucester Daily Times, silenced a voice that illuminated governmental excess in regulating the fishing industry. Thinking about Richard’s untimely death, I wrote the following memorial on the future of the Magnuson-Stevens Act, the law that governs fisheries management in the U.S.

The Magnuson-Stevens Act is scheduled to be reauthorized this fall. Rumor has it that a material reauthorization is unlikely because anticipated changes are anticipated to be controversial.

Failing to materially reauthorize the act is a serious lapse in public policy. The current version of the act does not protect the fishing industry and the public from governmental excess because, as a practical matter, the current form of the act does not ensure the operation of the checks and balances among the legislative, judicial and executive branches.

Contrary to constitutional intent, the fisheries are regulated by the bureaucracy with little real input from the legislative and judicial branches.

This dysfunction among the branches of government is bad for the fishing industry and the public. Right now, of 20 stocks of groundfish, 11 stocks are claimed to be overfished while 10 stocks are claimed to be subject to overfishing. At the same time roughly 50,000 tons of fish that could be caught without overfishing are not caught. The underfishing of 50,000 tons of fish is a waste of $150 million at the dock, or $600 million by the time the fish leave the economy. Last September, the secretary of Commerce formally declared the fishery a disaster. Despite this declaration, there has been no governmental reaction or policy to mitigate the disaster. And the beat goes on. The attorney general of the Commonwealth of Massachusetts has just filed a complaint arguing that NOAA is managing fisheries with little cognizance of the National Standards of the Magnuson-Stevens Act.

It would be misguided to place the blame for all of this on NOAA. We need to look at the root causes of the problem, which involve the dynamics of the interactions among the three branches of government.

Key parts of the Magnuson-Stevens legislation are equivocal or ambiguous. Ambiguous and equivocal language enables the bureaucracy to construct its own interpretation of the law. These interpretations are issued as “guidelines.” The guidelines are specified as not having the force and effect of law, yet as a practical matter the courts seem to think that the guidelines have the force and effect of law. The guidelines often change what seems to be the original intent of Congress.

One would think that this vicious cycle where the intent of Congress is modified by the bureaucracy could by resolved by the third branch, the judiciary. But again as a practical matter, this is not the case. Under our legal doctrine, the courts grant considerable deference to the bureaucracy. As an example, if NOAA where to say the earth is shaped like a pickle and this determination was challenged in court, the courts would say that NOAA has the technical capability and the expertise to determine the shape of the world, and indeed, as far as the court is concerned, the world is shaped like a pickle.

So to summarize, Congress writes fuzzy legislation and the bureaucracy interprets the legislation in ways that may not be consistent with the intent of Congress. Even though the guidelines may be contrary to the intent of Congress, the system is structured so that Congress has little practical opportunity to intercede. The courts do not intercede because of the deference that the courts grant to the bureaucracy. So in effect, our governmental system of checks and balances that often works well, is not available to the fishing industry or the affected public.

Congress must treat the reauthorization of the Magnuson act in a serious way.

The writer is a professor at the School for Marine Science and Technology at the University of Massachusetts Dartmouth.

Dr. Rothschild’s Article published in the Standard Times in June 2013 “Congress needs to take the reauthorization of Magnuson-Stevens seriously.”

Correspondence Between Dr. Rothschild and NOAA Regarding Stock Assessments of Yellowtail Flounder

Your View: Fish, the intent of Congress, and jobs

Who will pay for electronic monitoring? 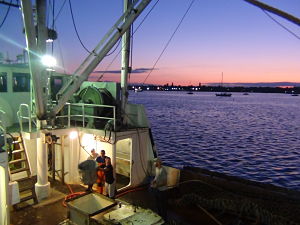 NOAA report may underestimate the decline of Northeast groundfish industry

If it’s the same it will never be different

CSF board member Dave Goethel in the Wall Street Journal

Save the haddock and sift the yellowtail 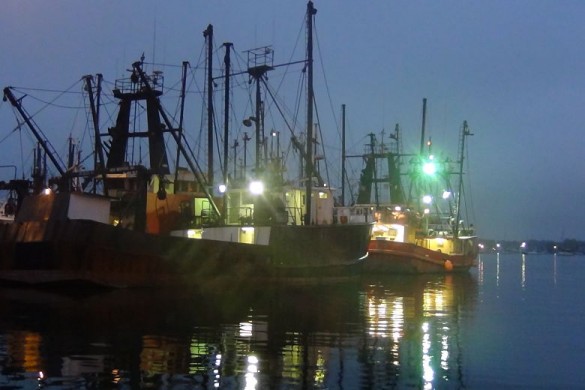 Greetings from all of us at CSF 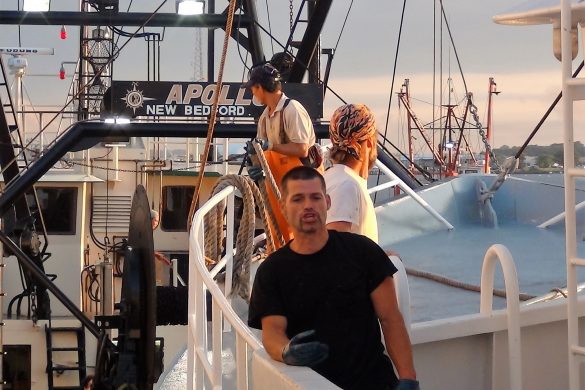 A look back at the evolution of Catch Shares